Zebbug Gozo is a small village overlooking the north-western coast of the island of Gozo with a population of 2,956 (March 2014). It is located close to Gharb and Ghasri and is built on two hilltop plateaux, Ta’Abram and Ix-Xaghra taz-Zebbug. The word zebbug means “olive trees” for which the village was renown but nowadays very few olive trees remain on the slopes of Zebbug. 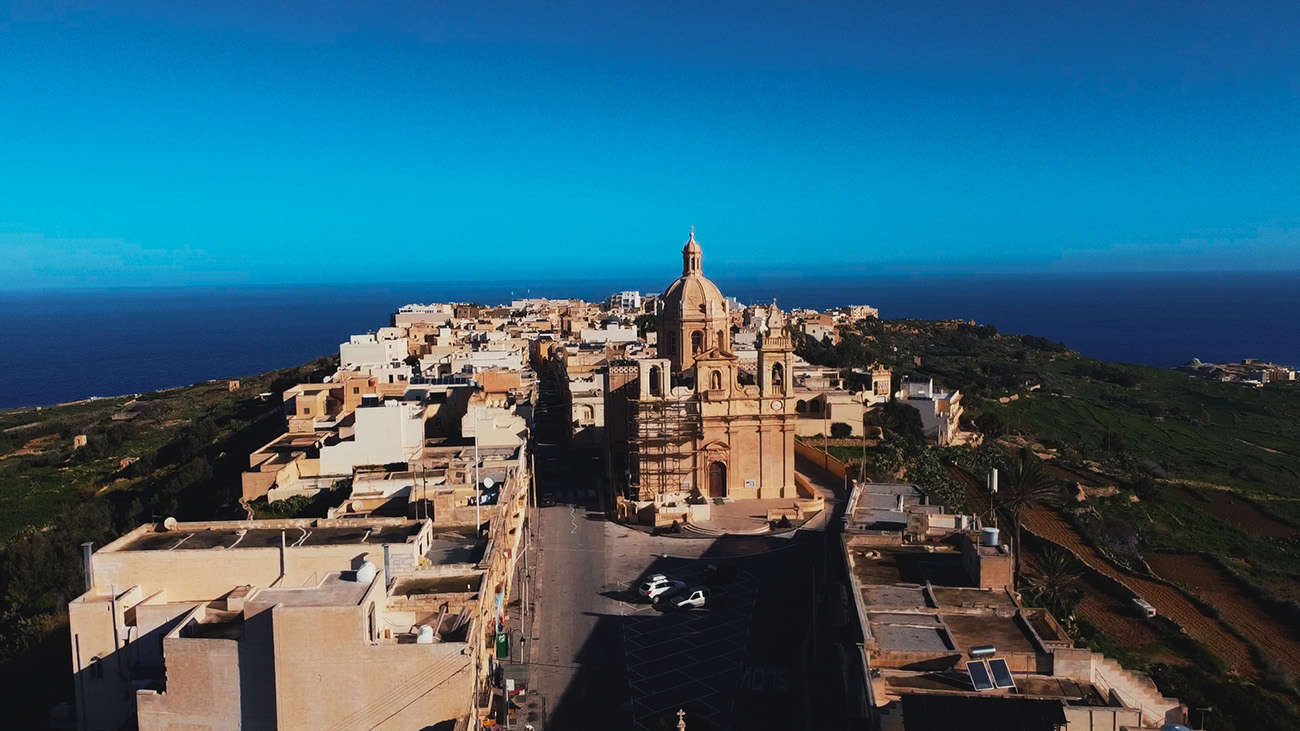 Zebbug got its name from the zebbug (olive) trees that grew beneath the south-east ridge of the village.  The name of the village is first recorded as Zebugi in a document related to the foundation of a religious chantry on 1st September 1492.

The fishing port and tourist resort of Marsalforn lies within the Zebbug Council. Zebbug is actually the fifth largest village in Gozo after Xewkija and lies about 3.5km away from Rabat, the capital city of Gozo. The village of Zebbug is considered to be the highest village in Gozo above sea level. It is also well known for its fine lacework and for its nearby coastal beauty spots.

The motto of the village is Terra Sublimis meaning Sublime Land.  Its coat of arms consists of a silver shield with an olive tree on a slope with a red band with three six pointed yellow stars on it.

The history of Zebbug goes back a long way.  In fact, next to the village on the flat-topped hill of Ta’ Kuljat, there was once a Bronze Age settlement (1500-700 B.C.).  Several Bronze Age silo pits are still visible on top of the hill, as well as a wide scatter of pottery shreds which date back to that period.  Older remains can be found to the north, close to Qbajjar Bay where Punic Tombs can also be found (700 -218 B.C.).  Over the years the area was inhabited by a few farmers.  A community began to take shape in the 13th century and eventually a small chapel was built.  The community was recognised as an autonomous entity in 1688 when the area of Iz-Zebbug and its vicinities was raised into a separate parish.  The love of the villagers for the church is visibly and almost physically felt within the parish church.

The village’s parish church is one of the oldest in Gozo.  It is dedicated to the Assumption of Mary (Santa Marija) and was established on 28th April 1688 by Bishop Davide Cocco Palmieri.  The “onyx marble” (which is actually not a marble but a travertine cave deposit) used in the lapidary work in the Zebbug church was mined locally (unlike the imported “onyx” used in other Gozo churches.  In 1738, deposits of calcite travertine (referred to locally as alabaster or to “onyx marble” on account of its banded appearance when cut, although it is related to neither) were discovered in a field known as Tac-Caqra or Is-Saghtrija.

Agriculture was the main source of income for the family until a few years ago.  The main product every year was barley and wheat as well as cotton and there was a loom in every house in the village.  Iz-Zebbugin are known for the high quality of their bizzilla (lace), nsig (weaving), and kutri tas-suf (woollen blankets).  Thin and thick blankets of wool and loom manufactured in Zebbug were popular and in demand.  The same can be said about lace.  After the decline of cotton, vines were cultivated and almost everyone used to produce his own wine.  Other popular agricultural products were melons, tomatoes, onions and potatoes.  Gbejniet (cheeselets) made out of sheep’s milk are also very popular.

What To Do & See in Zebbug, Gozo

The coastline below the village of Zebbug provides a fascinating introduction to one of the most important traditions on the island: sea salt production.  This three kilometre stretch of 350-year-old salt pans is a tourist attraction in its own right, but the salt pans still remain a vital source of income for the Gozitans. In summer. Locals scrape up the salt crystals and store them in nearby caves.  Several local businesses package the salt in gift jars available to purchase from the island’s souvenir shops.

Around 1.5 km from Marsalforn, Xwieni Bay is separated from neighbouring Qbajjar Bay by a headland with a small fort. Xwieni combines a sandy beach with small pebbles and rocky stretches leading into clear blue water making it excellent for swimming with a few simple food and drink kiosks. Enjoyed by locals and visitors alike and this is also a popular place for diving, especially for beginners. A few fishing boats are based here too and there are a couple of bars and restaurants on the sea front. Slightly further west, Gozo’s fascinating coastal strip of salt pans begins.

Marsalforn Bay is a bay which is popular with Gozitans and Maltese people alike.  The area is a hub of activity with restaurants and hotels perched on the waterfront.  There is also a sandy bay and a pier for small boats to berth were the people can then have a swim and a meal and leave again in their boats.

The village of Zebbug is one of Gozo’s largest villages.  The village overlooks the salt pans and its cliffs overlook the deep blue Mediterranean Sea.  Depending on where your property is situated, your vista is always spectacular in Zebbug: you could have a view of the lovely countryside all the way up to the Cittadella or else you could overlook the never ending stretch of sea, your view could also overlook the salt pans and alternately you could have a view of Marsalforn Bay.  Wherever you live in Zebbug you are always close to the sea. 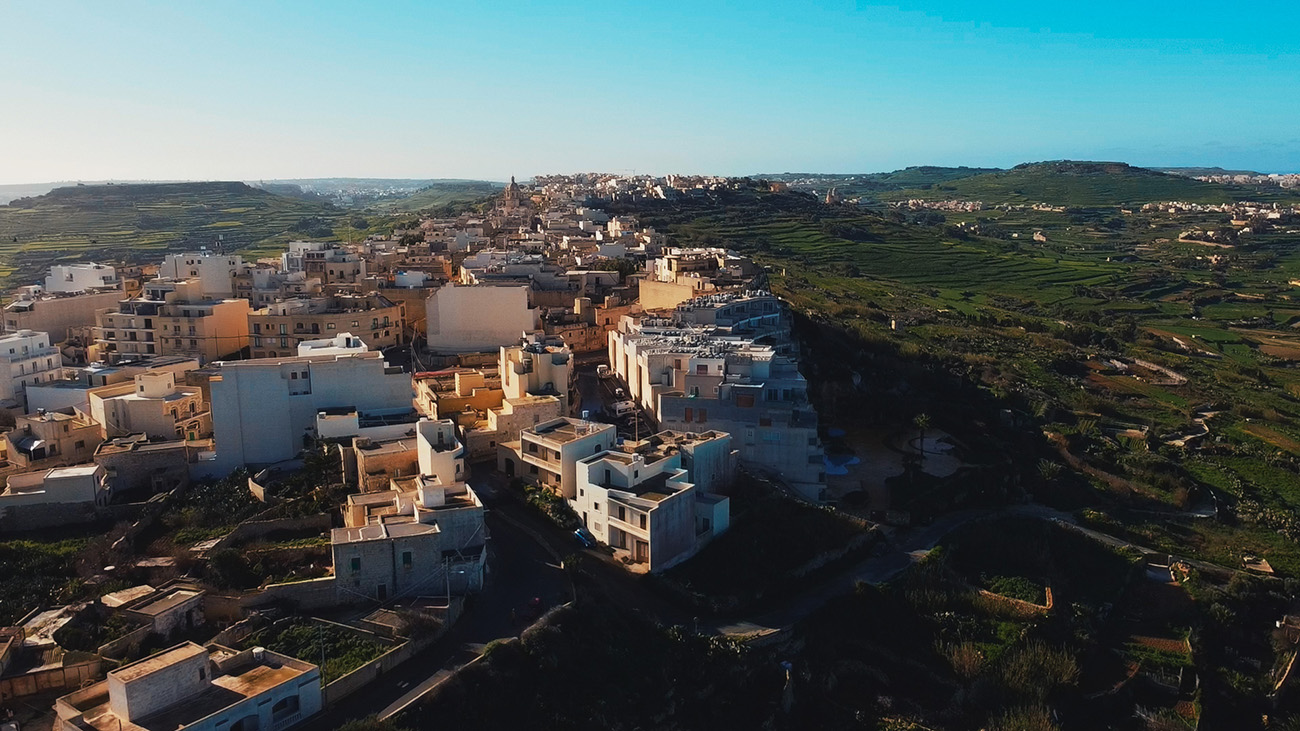 There is a vast range of different properties to choose from in Zebbug.  Whether it is a villa, house of character, penthouse, seafront apartment maisonette, studio apartment, holiday apartment or farmhouse, living in Zebbug is comfortable and slow.  The views are as diverse as the choice of properties here.  The villagers are very proud of the their village and religious heritage so much so that priority is given to the maintenance of the pretty street niches which can be found in many places spread throughout the village.  Blending in with the villagers and everyday life is a great way of experiencing the traditional Gozitan way of life.

Properties For Sale in Zebbug, Gozo

Properties For Rent in Zebbug, Gozo