Ta’ Kercem is a village in Gozo which is closest to the capital city of Rabat. It has a population of 1,938 (March 2014). The village is spread between the picturesque Lunziata Valley, the green hills of Tal-Mista, Ghar Ilma and Ta’ Dbiegi, stretching also up to the pond of Ghadira ta’ San Rafflu and Xlendi Cliffs. In fact, the Kercem Road passes through the upper part of the Lunzjata Valley. 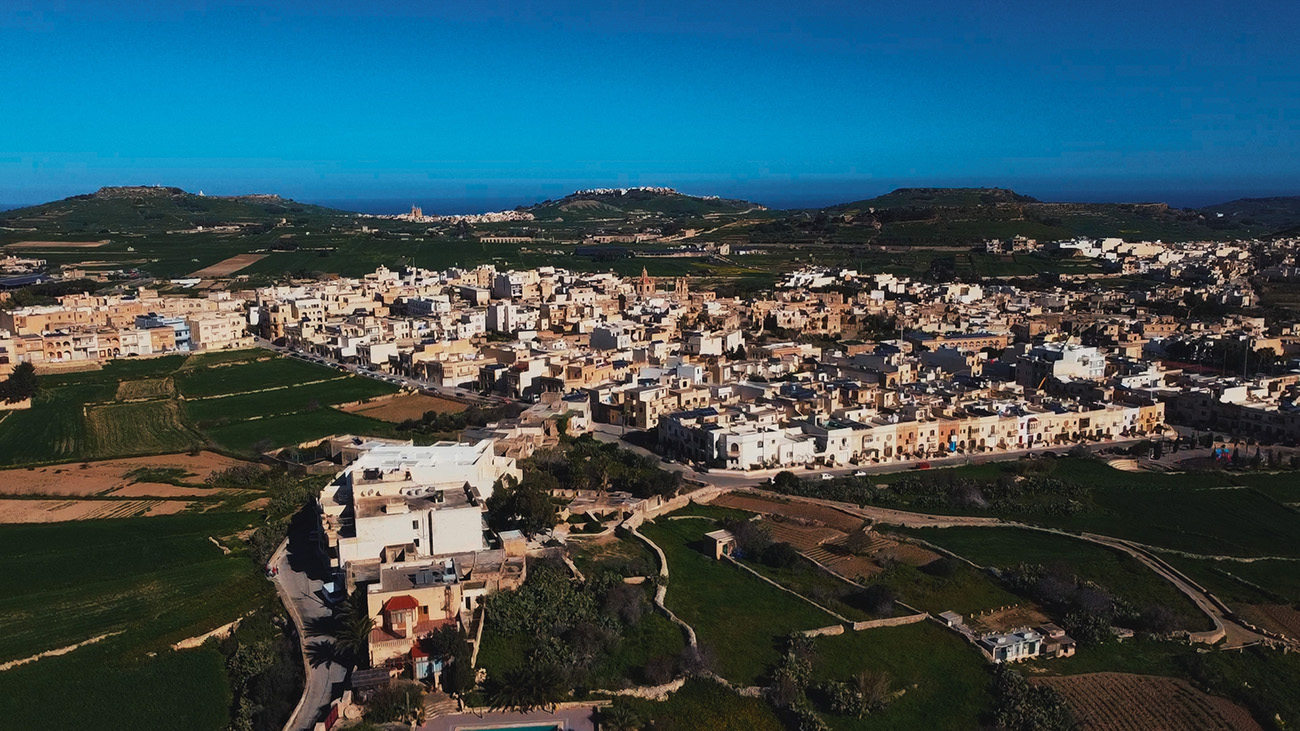 The medieval chapel was replaced by the present parish church in 1851 and this was later enlarged to its present state between 1906 and 1910.  Ta’ Kercem became a parish on 10th March 1885 by Bishop Pietru Pace.  This is the only parish church in Gozo dedicated to two saints.  It was traditionally dedicated to Pope Gregory but since 17th August 1885, the church was co-dedicated to Our Lady of Perpetual Help.

In the late Middle Ages Ta’ Kercem evolved into a village community around an ancient chapel dedicated to Pope Gregory the Great built around 1581. A traditional procession used to pass from the cathedral in the citadel to the parish church of Ta’ Kercem on the 12th March, the feast of St. Gregory the Great, to whom the parish is dedicated together with the Virgin Mary of Perpetual Succour. Before marriage, Gozitan bridegrooms used to promise their brides to take them to the procession every year.

The hamlet of Sta. Lucija is located in the village of Ta’ Kercem.  The hamlet takes its name from the church situated in the middle of the hamlet.  Sta. Lucija is inhabited by country folk with a few old houses built around the church.  Santa Lucija is unique in Gozo with its picturesque square and traditions.

What to Do & See in Kercem?

The Lunzjata Valley is one of the most picturesque valleys in Gozo.  It is one of the few places on the island that has a steady flow of water for the surrounding fields and there are also aqueducts lining the valley. The spring there dates back to 1698 and the Knights of St. John used it for hunting. There were once four chapels where the road forks on the left to the valley and excavations in the vicinity revealed that there might also have been a group of Roman Baths.

On the outskirts of Sta. Lucija there are two significant caves with a valuable source of water for the entire area.  Il-Mixta cave is known to have been inhabited by troglodytes.

The original chapel dedicated to St. Lucy was recorded by inquisitor Pietro Dusina in 1575 during his apostolic visitation.  The feast of St. Lucy is celebrated every year on the Sunday closest to the 13th December, which is the liturgical feast day of the saint. It has become a tradition to celebrate the feast day by the Lucia procession or Festival of Light.  Lucia buns are also made on this day.

Bis-Sahha Wine Festival takes place in June.  This is a wine festival with local wine, food and traditional dancing and music.

Ikla tan-Nanna or Grandma’s Dinner is an annual gastronomical event featuring a homemade traditional meal and local entertainment.  The village square is decorated in the style of bygone years.

The Light Festival in December is an interesting winter festival that celebrates the Patron Saint of the hamlet – Santa Lucija – the Saint of Light.  Brass bands entertain the visitors who can also sample traditional food and local wine.  Young girls with garlands of lit candles on their head light the bonfire in the square.  The famous Santa Lucija Buns are distributed to participants as they leave the church after the service.

Ta’ Kercem is a traditional Gozitan village which incorporates the hamlet of Sta. Lucija. The village lies in the middle of the beautiful Gozitan countryside with breath taking scenery.  Apart from taking walks in the countryside, one can take part in events in the nearby hamlet of Santa Lucija.  Take a walk to St. Raphael Lake where a path in the fields parallel to the cliffs, leads to Ras il-Wardija, the site of a Punic settlement that included a small temple. 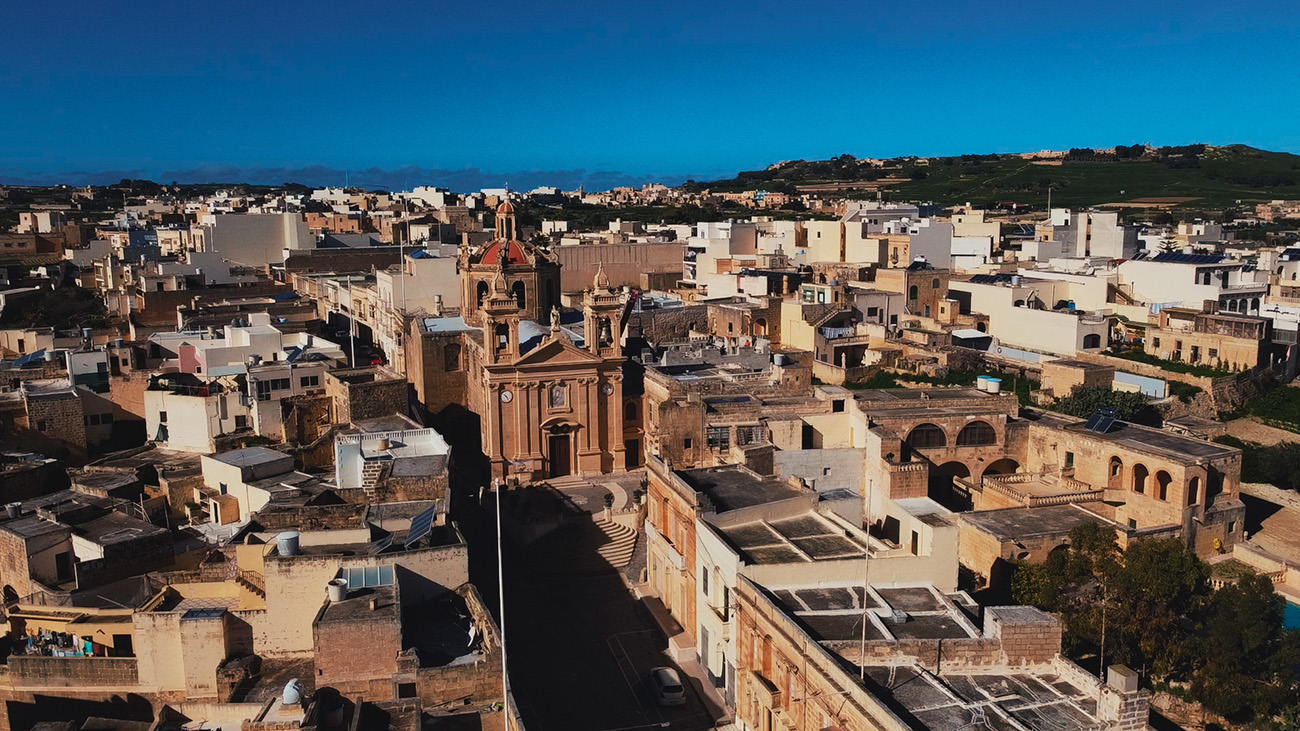 The inhabitants of Ta’ Kercem are country folk who are warm hearted and who value their heritage.  Living in the heart of the village you will be welcomed as part of the villagers lives and will be made welcome to take part in the village’s activities as well as the activities of St. Lucija.

In the village you will find typical Gozitan houses which can be transformed to you won specifications to be made into warm homes.  You can retain the old typical features while embellishing the property with swimming pools and air conditions which would add comfort to old houses.  In Kercem you can find houses of character, farmhouses, maisonettes, terraced houses as well as apartments and new houses on the outskirts of the village.  Whether you like brisk country walks or taking part in village activities, Kercem is the village for you if you enjoy living in the countryside.  In Santa Lucija the villagers develop and promote their heritage within their locality by organising a number of events.  The inhabitants are resisting urbanisation by upkeeping their traditions.  Aqueducts line the valley close to the village where you can enjoy a walk to the sound of trickling water.  There is also an English Language School for adults in Kercem.

The village square of Santa Lucija is marked by a traditional stone cross.  The village is right next door to Kercem and boasts some stunning countryside.  The area was once known for its fresh water springs and it is still one of the greenest areas in Gozo.

Properties For Sale in Ta' Kercem

Properties For Rent in Ta' Kercem