Xemxija is a suburb of St. Paul’s Bay, and although not a village of its own, it is still regarded as such by most Maltese. It is composed of a small network of buildings located on the seashore and inland, along a long stretch of promenade and an uphill route known as it-Telgha tax-Xemxija.
The location is both a gateway to Golden Bay and Mellieha, as well as a seaside resort in itself, with various restaurants and private lidos to be found in the area. 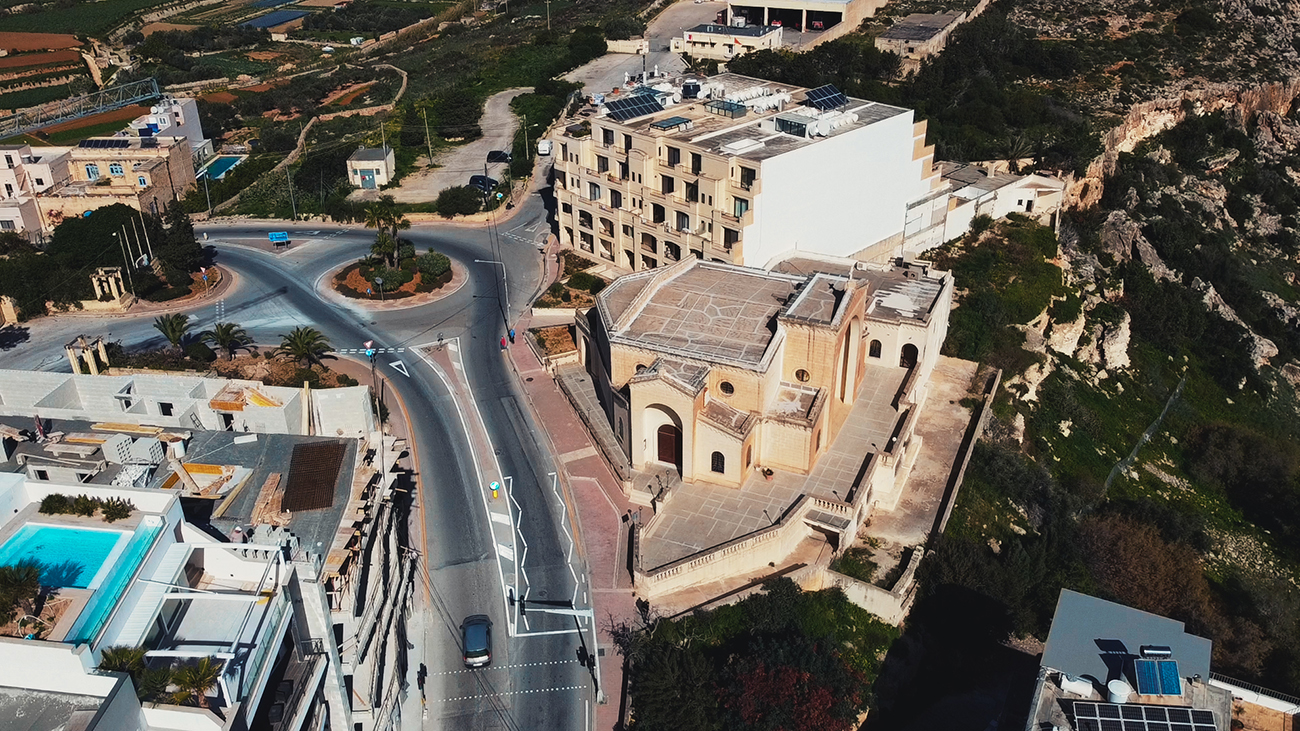 Xemxija might just be a suburb but as with anywhere else in Malta, here are some of Malta’s oldest preserved burial sites from the Neolithic Age (4,200BC), remains of a Neolithic temple (3,200BC), a fortified Bronze Age village site with cart ruts and a grain silo (1,200BC), Punic Tombs (900BC), Megalithic stones and extensive cave dwellings (900AD).

Xemxija has been inhabited since prehistoric times, and it contains several archaeological sites.

The Order of St. John constructed the Arrias Battery in 1715 as part of a chain of fortifications guarding Malta’s shore. It is also known as Xemxija Battery as it was situated on the sunny side of the bay. Xemxija means Sunny in Maltese. Today, the battery has been converted into a restaurant.

The British constructed an aqueduct in 1839, permitting water transportation. The water moved from an underground aqueduct in Wardija, called tal-Ballut, spreading from an above ground aqueduct to a reservoir in Xemxija. The preservation of water was necessitated for the British military and their horses, who patrolled the area from the adjacent defence stations.

During the Cold War, a subterranean flour mill was constructed in Xemxija. It has been restored to its operating state by the Fondazzjoni Wirt Industrijali Malti, and today is welcoming the public.

Numerous apartment blocks were constructed in Xemxija since the 1980s making it a sought-after residential neighborhood. Xemxija is also a tiny resort, offering some excellent restaurants and bars. A fire and rescue station is found in Xemxija. It’s better known as the Xemxija Fire Station. With the inclusion of a small fishing harbour, Xemxija has some of the best views of the sea shore, as well as marvellous views of Maltese countryside surrounding it on the inland side, either or both of which views are enjoyed by most properties.

The hilltop Franciscan Church dedicated to St Joseph constructed in 1959 and completely reconstructed in 1988.
The Xemxija Heritage Trail, a heritage route to see all this can be found on Xemxija Hill or Xemxija Ridge, known as “Xaghra l-Bajda”. This is located close to the Simar Nature Reserve in Wied il-Pwales. The Trail area, mostly composed of natural garigue of indigenous trees, plants and herbs is a conservation area. The extended walk offers rock-hewn Roman-Period baths and Roman apiaries, a Second World War defense outpost and a post Second World War emergency underground flour mill. A star attraction is the oldest carob tree on the island.

Xemxija and its bay are worthy of a visit. Whether you’re looking for a leisurely walk or a place to eat, Xemxija offers some great restaurants and a wine bar with an outside patio and scenery over the bay.

Xemxija is an up and coming town, with a number of high-end developments coming to fruition in the short to medium term that will most definitely improve the overall real estate landscape. One should seize the opportunity to talk to one of our specialists in property in Xemxija. Our closest office being located in Mosta Road, St. Paul’s Bay. It offers a complete service of property sales and property to let for both short and long-term rentals.

The Empire Cinema Complex is a short drive away. It is a 2D and 3D cinema in Bugibba, presenting major film releases on a daily basis, inviting masses of people. The complex is popular all year round, comprising of a restaurant and cafeteria. Being the only cinema located in Malta’s northern area, The Empire Cinema Complex is the most suitable venue for everyone in the neighbouring towns, including some of Malta’s most popular resorts.

A great place to live with most properties offering beautiful scenic views of Maltese nature, purchasing a home in Xemxija is an excellent investment, if not for a second home, residence it garners a very lucrative rental return. Although the supply of properties for sale in Xemxija consist of apartments, maisonettes and penthouses, there is the odd availability of houses to be found in the area. There is also number of available properties to let for long and short term in the area. 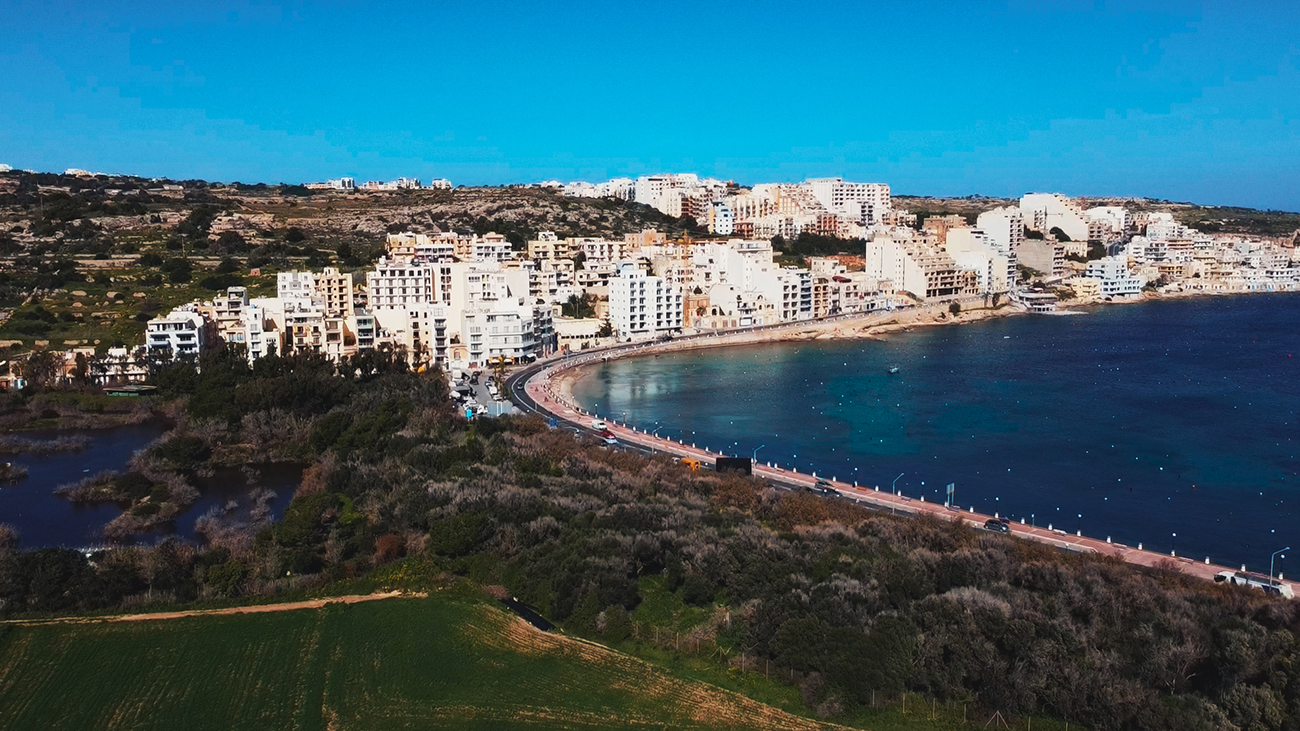 Properties For Sale in Xemxija