Located in the Northern Region of Malta, Pembroke is Malta’s newest town and borders Swieqi, Naxxar and St.Julian’s, Madliena and Bahar ic-Caghaq. It covers an area of 2.3 km sq. (0.89 sq miles) and has a population of 3,645 (march 2014). Pembroke was formerly a British military base from the 1850s to 1979 when the British Military Forces left the island. 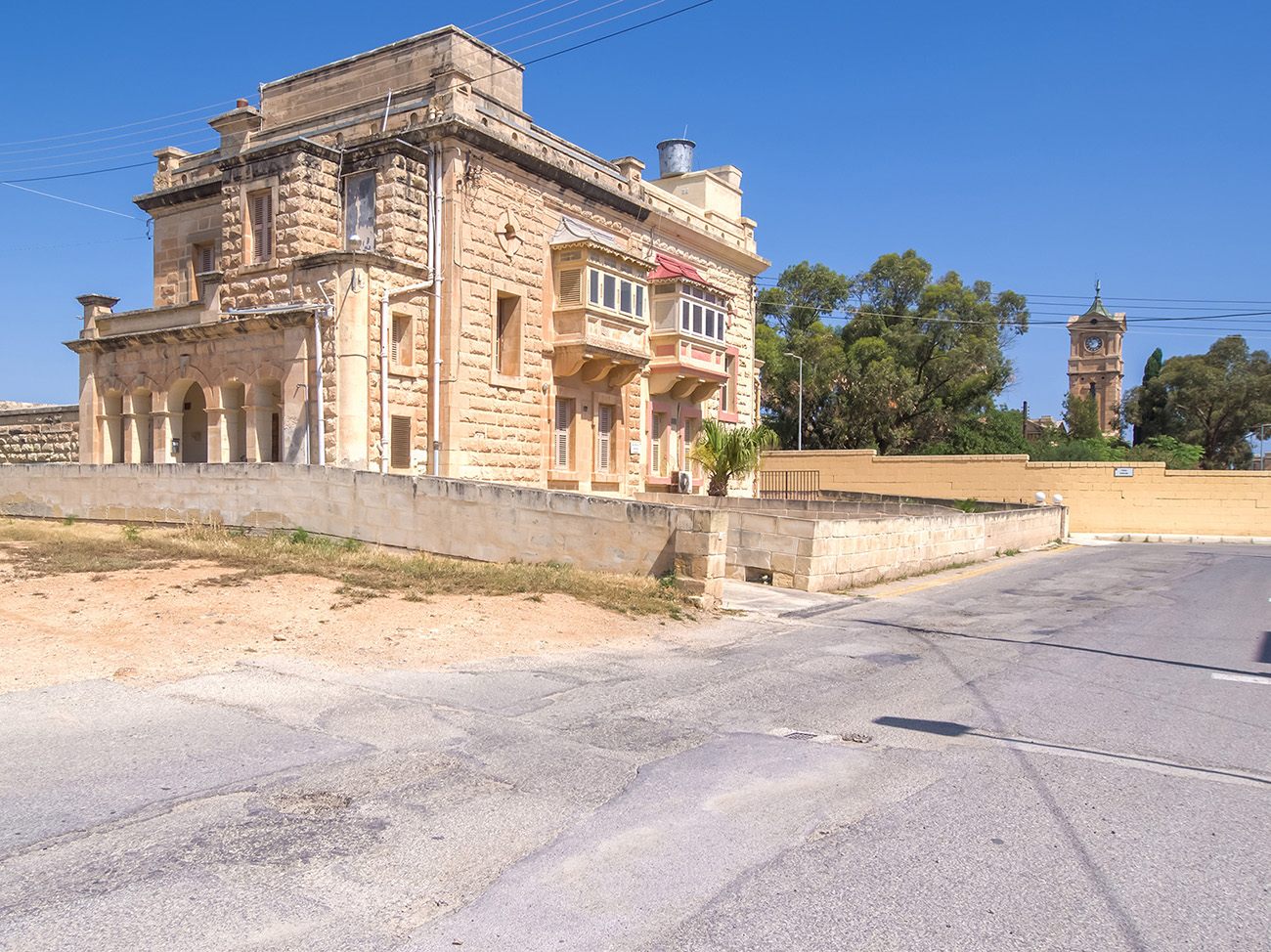 Named after Robert Henry Herbert (the 12th Earl) and it hugs a coastal zone with a rocky beach. It was authorised by Sidney Herbert, the younger half-brother of Robert and Secretary at War in 1859. The Coat of Arms reflects the association with military – two gold crossed swords surrounded by the 13 watchtowers built by Grandmaster De Redin on a red background. It forms part of St. Julian’s and it officially became a town in 1993.

The first barracks were constructed between 1859 and 1862 and were named for St. George – the patron saint of England.  Later on other barracks were built and named for St, Patrick and St. Andrew – the patron saints for Ireland and Scotland respectively.  In 1878, Fort Pembroke was built to defend the Grand Harbour.  Pembroke Battery was built in 1899.

British regiments served in Pembroke until 1979.  During World War II, German prisoners were confined here and they even built a small chapel.  After 1979, the land was passed to the Maltese government and in the mid-1980s the barracks were converted into private residences; the first residents settling in 1986.

Pembroke was declared a parish in 2004.  However, Pembroke does not celebrate the village feast contrary to Maltese tradition where the village festa is celebrated once a year.  Pembroke has since developed into a pretty and green residential town with its own bit of history and beautiful stretch of coast.

The Knights of St. John built two watch towers on the extreme ends of the current Pembroke coast – St. George’s Tower built in 1638 and the Madliena Tower built between 1658 and 1659 by Grand Master De Redin.  The British then built a military, hospital, cemetery, school, parade grounds, training grounds and shooting ranges.  This tower overlooks Bahar ic-Caghaq.

In 1915 the British Red Cross Society collected funds for the building of the Australia Hall which was a recreation centre and theatre.

Pembroke Gardens were inaugurated in 2012.  Pembroke remained neglected between 1979 and 1984.  On 4th July 1983, the Maltese Parliament approved a motion to commence issuing plots of land for sale/lease for the purpose of building residential houses.  The town is well-known for its concentration of schools and educational institutions.

The Pembroke Clock Tower was built in 1903 and serves as a landmark and a meeting place.

Fort Pembroke was built after December 1879 to defend the Grand Harbour and the Victoria Lines.

Pembroke Battery was built between 1909 and 1912.  The battery was armed with two 9.2 inch BL MK X guns abreast of each other, each having a 180 degree arc of fire.  Restorations are underway to transform the battery into a museum.

The Pembroke Ranges are situated next to the coast and are still being used by the Armed Forces of Malta for training purposes today.

This valley goes all the way down to St. George’s Bay.  About 400 plant species grow along this valley making it a significant ecological site. There is a water cavern in this valley called Harg Hamien Cave.  The deep lake has a surface area of 300m sq and the underwater formation has two large chambers connected by a passage.

With the departure of the British Military Forces, Pembroke has been converted from barracks to private residential houses.  With its being so close to Paceville with its clubs and restaurants and close to St. Julian’s with its shopping centres, Pembroke boasts the best of both worlds.  It is a small quiet coastal town in a green area away and yet close to the hustle and bustle of the larger towns. 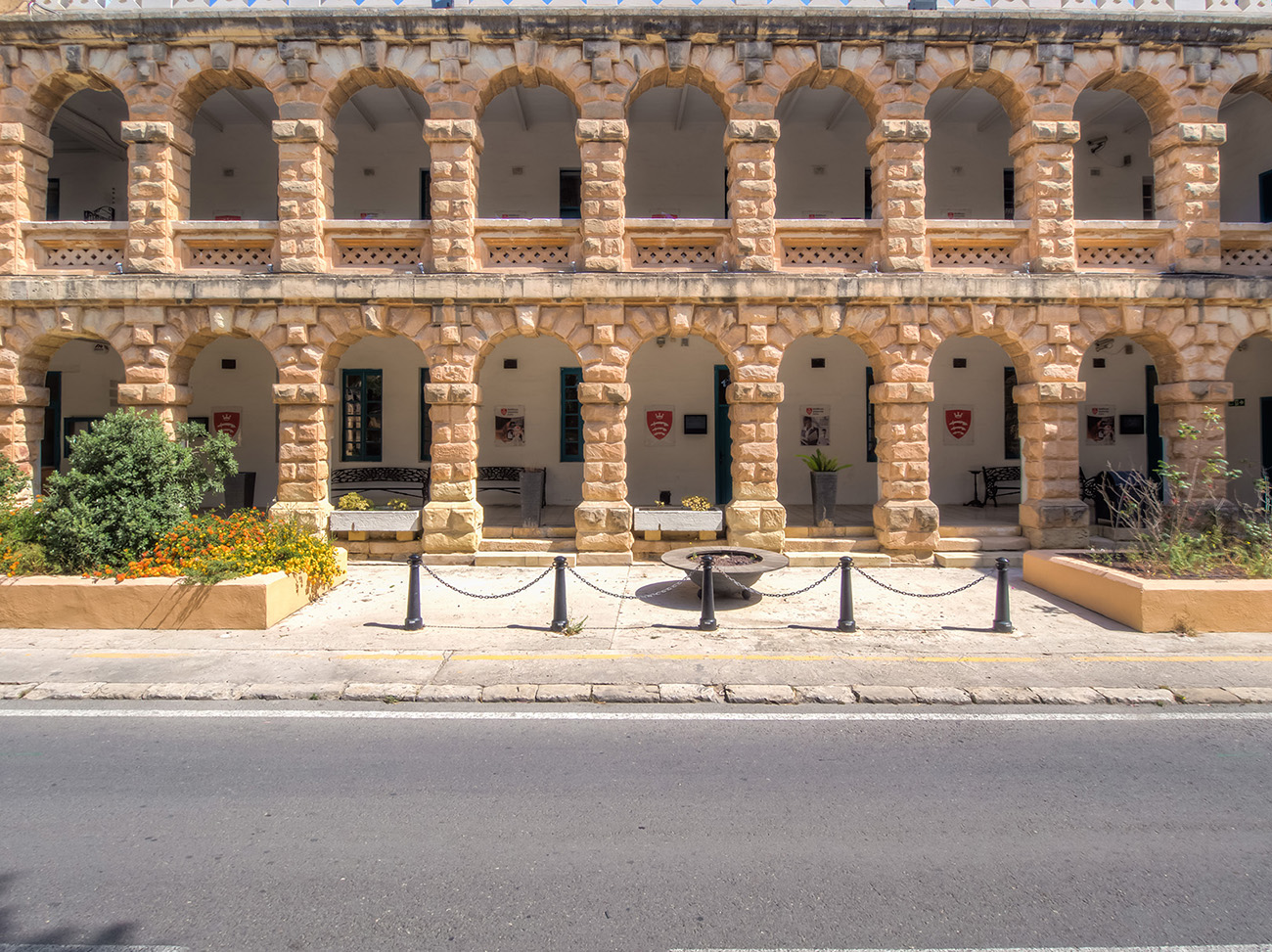 Pembroke has grown extensively over recent years and many new and interesting properties have sprouted up, some of which are now for sale on the local market. These include apartments, maisonettes, town houses, detached and semidetached properties as well as bungalows.  Many of the properties are on the sea front and most of them have a sea view.  There are many beautiful homes to be purchased in Pembroke depending on the size and budget of the buyers.  There is something for everybody.

This town is particularly interesting to tourists especially English Language Students.  Foreigners search out this town because of its proximity to Paceville and language students look for homes hosting students in the area as Pembroke has many language schools.  Buying property to rent could also be an investment to be considered when deciding to buy a property in Pembroke.  This town is also appealing because of the many coastal walks there are by the sea and Pembroke also boasts a green residential area.

Another advantage of living in Pembroke is that there are many sports clubs in the area.  Whether you are interested in basketball, football, tennis, gym etc. there is always a club close to you in Pembroke.  It also boasts its own amenities and shops and also has reliable public transport. Pembroke is an ideal place to live if you are looking for a quiet countryside town away from the hustle and bustle of the big cities.  If you love the Maltese countryside and living in the country by the sea, then Pembroke is the place for you.

Properties For Sale in Pembroke

Properties For Rent in Pembroke